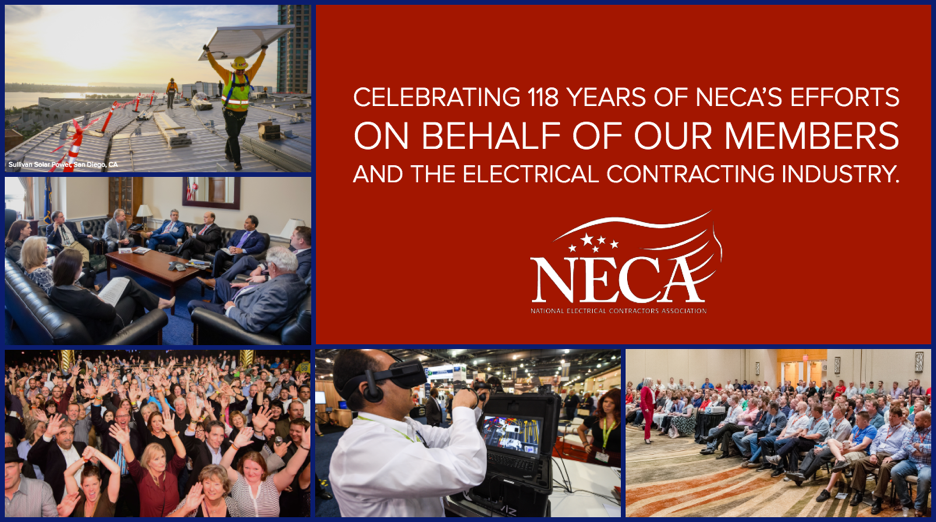 Today is a special day, it marks NECA’s 118th anniversary.

Shortly after 2:00 pm on July 17, 1901, a group of 49 contractors from 18 cities in eight states – New York, Maryland, Missouri, Minnesota, Michigan, Massachusetts, Ohio and Pennsylvania - held a meeting in the New York State Building to create what we know today as the National Electrical Contractors Association of the United States.

Carrying out those objectives has been the business of our association for the past 118 years and will guide our future as NECA continues to be the voice of the $171 billion electrical construction industry that brings power, light, and communication technology to buildings and communities across America.

I look forward to working with each and every one of you as we continue to fulfill our vision and mission of the association in the years to come.