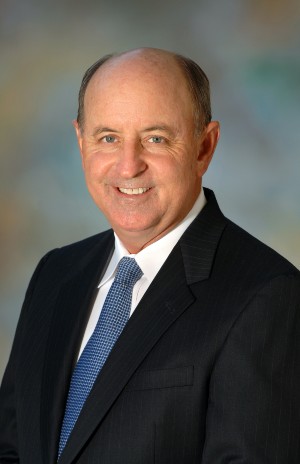 During a meeting of the NECA Board of Governors on Monday, October 5, Jody Shea, CEO, Service Electric Company, and Senior Vice President, QUANTA Services, was elected as NECA District 10 Vice President for a two-year term commencing January 1, 2021.

Shea, a U.S. Army veteran, is a former journeyman lineman who has worked in the trade since 1975. He holds more than 25 electrical and general contractor state and local licenses. After joining Service Electric Company in 1997, he acquired it in 2000 and sold it to QUANTA Services in 2012.

Service Electric Company was founded in 1945. It does transmission, distribution and substation work, in addition to areas such as underground, energized transmission, transformer assembly/processing and testing. The company, with more than 1,500 employees today, works in the Southeastern and Midwestern U.S. and had 2018 revenues totaling approximately $350 million.

Shea has served as a board member and governor of the Southeastern Line Constructors Chapter, NECA; is a past board member of the Southeastern Line Constructors Apprenticeship and Training (SELCAT) and is the current trustee and chairman of the Line Construction Benefit Fund (LINECO). He works with the Council on Industrial Relations and was installed as a Fellow in the Academy of Electrical Contracting in 2013. Shea was inducted into the Lineman’s Hall of Fame in 2018.

Shea got involved in NECA to help make the electrical construction industry better and appreciates the help he has received. Jody said that today the outside industry is the busiest we have ever seen. Technology has taken over our industry and will continue to shape it moving forward. We should embrace the new technology and the changes it can bring to our training. This more than ever is the time for us to “Teach Someone Something Today” so that we can shape our future and keep our newcomers to the industry safe. Younger individuals today have the greatest opportunity entering our industry and it is up to the seasoned worker to make sure they are trained properly so we can all stay focused on safety for everyone!

Shea has a daughter, son-in-law and two grandchildren. He enjoys golfing and working on the property he purchased to develop as a family getaway.