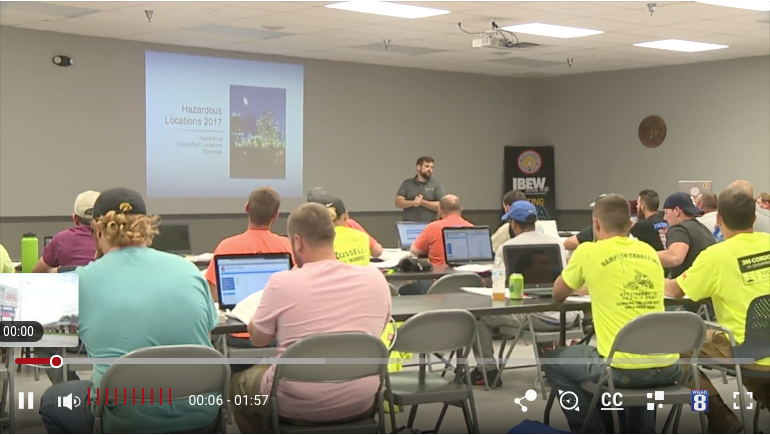 "The skilled trades are increasingly viewed as an alternative to college for high school graduates looking to start a career. But that doesn't mean electrical apprentices don't have to hit the books.

"The second-year guys, they've got about a year's worth of on-the-job training under their belt," said Ray Dobbles, an instructor at the training center. "They're getting a little more familiar with their hand tools, and we're just kind of building on that."