The country has a geographic advantage over others because of a high concentration per capita of rivers, dams, and volcanoes allowing for a high renewable energy output. The total population of 5 million Costa Ricans live in a country about the size of West Virginia. Read more about Costa Rica’s generation of electricity from renewables » 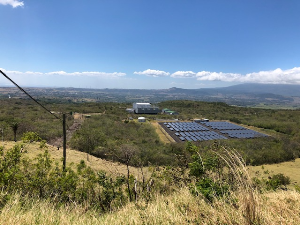 In the northwest Guanacaste region of Costa Rica, the terrain is mountainous and filled with tropical rainforests, rivers and lakes. The Miravalles Geothermal Power Plant is built on one of five active volcanoes in the country. A group of electrical contractors sponsored by ELECTRI International recently toured the plant (March 15, 2019). Standing on the outer rim of the volcano, we saw the large geothermal power plant, flanked by a solar panel farm, a windmill farm along the ridge of the mountains westward toward the Pacific Ocean, and to the south and east a hydroelectric dam. From one distribution point (where we stood) these four sources of renewable power generate electricity for over 250,000 homes in the region. There is not another place on earth a person can stand and see 4 sources of renewable power converge to distribute electricity to power the needs of any community or region. As Costa Rica looks to convert transportation to renewables energy sources, electrical contractors or systems integrators, will design, build and maintain these renewable, clean power sources. 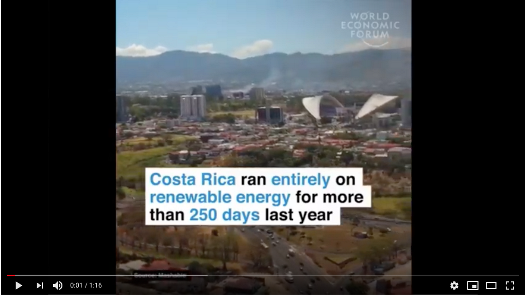