Have you seen the video asking which is the most pointless IoT (internet of things) device (i.e.: smart dental floss, smart underwear, smart wine bottle, smart stroller, etc.)? In the end, the “internet of things dental floss” received the most points for being the most pointless. Thanks to IoT, there has been a fast development between electronics and textiles, giving way to “seamless and massive integration of sensors into textiles and the development of conductive yarn”. Smart fabrics are communicating with smart phones processing heart rate, breathing, movement, stress, body temperature, hormone levels, and even acceleration. Since smart clothing adjusts to our everyday lifestyle and gives us immediate and useful biometric feedback over a long period of time, it could become THE NEXT interface between the digital world and the real world (see academic review by Fernandez/Carames and Fraga-Lamas, University of Corona, Spain). Smart clothing could be the next smartphone (or at least an extension of the smartphone or other portable connected devices).

See video of IoT underwear (this stuff is being sold and bought and utilized!): 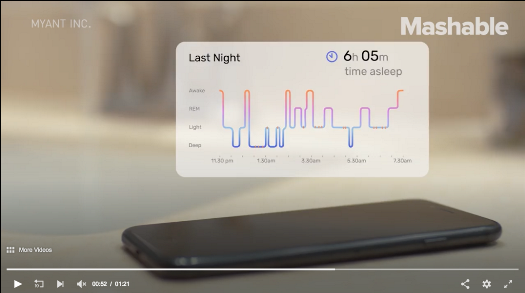 Now, researchers at the University of Maryland, have created a new fabric that changes its insulating properties based on its environment. This goes way beyond sensors in clothing. This is a first-ever fabric that allows more heat to pass through in warm and moist conditions. It also reduces heat escape when conditions are cooler and dryer. The secret in the sauce is really in the string! The fabric’s yarn is made of two different synthetic materials and coated with carbon nanotubes. University of Maryland physics professors say this fabric is a true bidirectional regulator, “…for all of history, the only way to regulate our bodies’ temperatures has been to take clothes off or put clothes on.” This new fabric will automatically cool or insulate depending on conditions, thus cooling or warming the human body. Just imagine – a future without intraoffice thermostat wars – or a jobsite where electricians are cooled or warmed without removing or adding coats because of varying environmental temperatures. The possibilities are endless!

Read about the new “smart” fabric developed at University of Maryland »