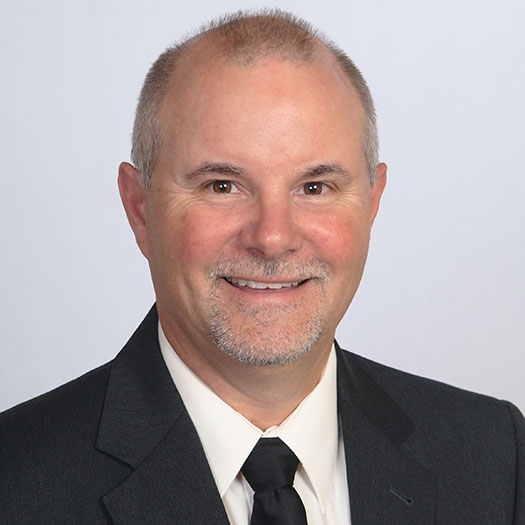 BACKGROUND
Petri began his electrical apprenticeship in Baltimore in 1980 upon graduation from high school, becoming a journeyman wireman in 1984. Throughout his career, Petri moved up the ladder becoming a foreman on a service truck and later an estimator and project manager, earning his Master Electrician License through testing in MD, DC and West Virginia. In 2019, Petri was appointed to the Maryland State Board of Master Electricians.

COMPANY INFORMATION
Founded in 1967 by Petri’s father, Wendell and a friend, Deca has grown from installing industrial controls and power and commercial power to performing specialty work in mechanical systems power and building automation controls installations for federal, state, and commercial projects. Deca’s headquarters are in Baltimore, MD and they perform installations all around the country and beyond, with some projects in Guam and Romania. The annual revenue for Deca, Inc. has grown to approximately $12 million.

INVOLVEMENT WITH NECA
Deca joined NECA and the Maryland Chapter in 1973. Petri joined the chapter’s executive board in 2010 and served as Chapter President from 2014 to 2018. He has served as Chapter Governor since 2018 and has also served on the Chapter’s Negotiating Committee. Petri served on NECA National’s Safety Task Force in 2017 and 2018.

INDUSTRY OBSERVATIONS
Petri notes that finding and keeping experienced laborers is now more difficult than ever, and customers and general contractors are pressing higher demands. Technology advancements have helped alleviate roadblocks in productivity and installation quality. However, Petri believes new rules and regulations are stunting the ability of small companies to grow in today’s business landscape.

AWAY FROM THE OFFICE
Petri married his wife Stephanie in 1983, having met her when he was 15 years old at a skating rink where his band was playing. They have two children; a daughter and son, as well as a son-in-law, daughter-in-law and four beautiful granddaughters. Petri enjoys spending personal time with family and friends, boating, fishing, and playing his keys.