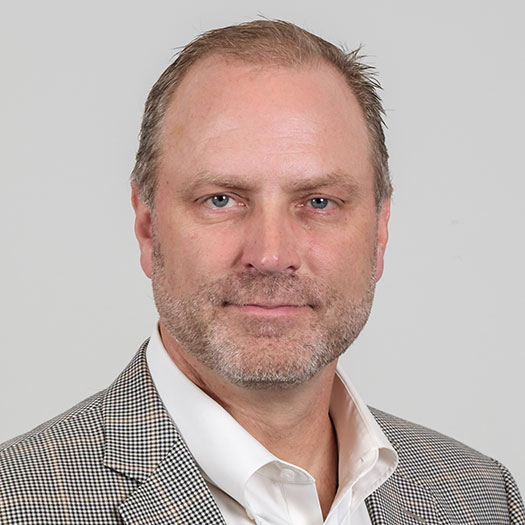 BACKGROUND
Walter grew up in a small farming community in North Central Washington and received a degree in Electronic Engineering. In 1987, Walter began his career at Christenson Electric and worked within the Utility and Industrial Group for 5 years. He then took advantage of a management opportunity with a Spokane based contractor named Power City where he worked as their HV Division Manager and was promoted to Operations Manager. When he returned to Christenson Electric, as President, in 2003, the company was in financial trouble. In 2007, after making corrections to stabilize and balance the organization, he made an offer to purchase the company. That became a reality in 2008.

COMPANY INFORMATION
Christenson Electric Inc. was founded in 1945 on the premise of providing exceptional customer service across. The service group, with a fleet of nearly 200 vehicles, provides electrical and limited energy service throughout the region. Additionally, Christenson performs electrical construction, renewable energy, A/V and security, and utility substation and outside line work. Although most of Christenson’s work occurs in Northern Oregon and Southwestern Washington areas, renewables and energy work is performed across the entire United States.

INVOLVEMENT WITH NECA
Walter has been active with NECA since the mid-1990s. Early involvement was with the NECA Northwest Line Chapter, where he held board positions and served as Governor. Since working as CEO, Walter has gotten more involved with the Oregon-Columbia Chapter, serving in various board positions and as Governor. He has been a member of the Political Leadership Council since 2020 and active on the Council of Industrial Relations since 2018. Walter received the Comstock Award in 2019 for his contributions to labor relations, leading to his induction into the Academy of Electrical Contractors that same year.

INDUSTRY OBSERVATIONS
Technology has been the largest-scale change Walter has seen since joining electrical construction. Another impact in construction today is how workers in the field and office communications. The improvement in technology has caused complete connection among the workforces, projects, and customers in this era.

AWAY FROM THE OFFICE
Walter and his girlfriend, Nerissa, have five children between them, ranging in age from 17 to 33. They have four grandchildren and two dogs. In the fall and winter, they enjoy chasing birds behind their German Shorthaired Pointer, Louie, on the farm in North Central Washington. They enjoy spending springs and summers floating around the local lake or wake surfing.