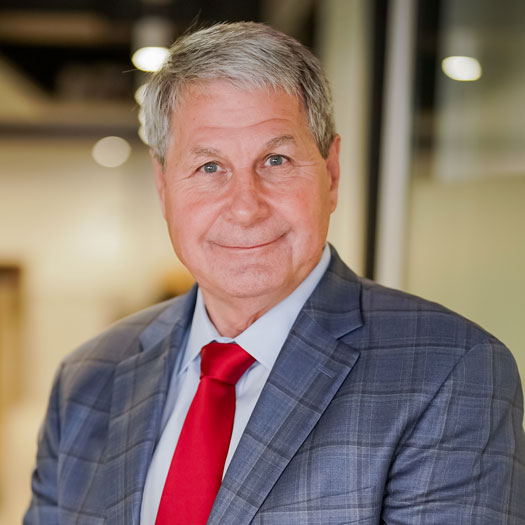 David Long has been in the electrical construction industry since 1975, when he began work as a construction wireman for Miller Electric. After graduating from the Jacksonville JATC in 1981, he began his career as a journeyman wireman. This led to foreman and supervisory positions. In 1991, he moved into management as an estimator and assistant project manager. He rose through the ranks at the company and was named President of Miller Electric in 2012. Long earned a bachelor’s degree in business management from Southeastern University.

Long is seen as a leader throughout the electrical construction industry. He was Governor of NECA’s North Florida Chapter and, on the national level, served as District 3 Vice President. He has chaired the Workforce Development and Compensation committees and co-chaired several organizations including the electrical training ALLIANCE, Council on Industrial Relations, National Labor Task Force, and the National LMCC Committee. He was awarded the Coggeshall Award in 2012 and was installed into the Academy of Electrical Contracting in 2012. In 2018 David Long was elected President of NECA and in 2019 he was selected to serve as Chief Executive Officer.