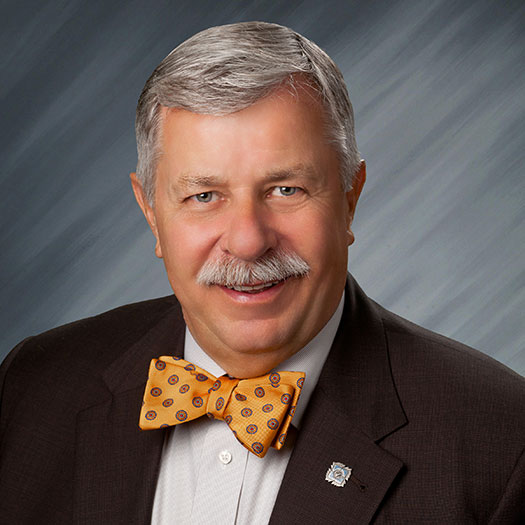 BACKGROUND
Hardt grew up on the north side of Chicago, the youngest of seven children. At 12 years old, he was sweeping floors and emptying the garbage at C&H Electric, his father’s electrical contracting company. He spent three years working as a summer apprentice and graduated from Bradley University in 1970.

COMPANY INFORMATION
Hardt’s father started C&H Electric in 1935 and joined NECA in 1956. In 1973, David and his brother Bill left C&H with their father’s blessing and started Hardt Electric. Hardt Electric does commercial remodeling, has a low voltage division, a green energy division, and a high-end residential division, primarily working in the Chicago metropolitan area. The company’s annual sales are $10-15 million.

INVOLVEMENT WITH NECA
Hardt Electric joined NECA in 1975. Hardt was appointed to his chapter’s executive board in 1988 and has continued to serve on it for over 25 years, including terms as president and governor. He has also served as a trustee for the chapter’s joint pension and benefit trust. He served on the chapter’s arbitration board and negotiating committee for over 10 years. Hardt was inducted into Electric Association Hall of Fame and received the Gold Metal Award (Man of the Year) in 2006.

Nationally, Hardt served on the NJATC executive committee for two years. He was Chair of the Marketing Committee, co-chaired CIR for four sessions, and was District 4 Vice President from 2009 to 2012. He served as NECA President from 2015-2017 and in 2007, he was inducted as a Fellow into the Academy of Electrical Contracting and was honored with the Coggeshall Award. He has been a long-term member of the Political Leadership Council.

WHAT’S THE MOST IMPORTANT SERVICE NECA OFFERS?
Hardt is a strong believer in the value of associations. “I think networking with fellow contractors has helped guide our company past many pitfalls,” he said. Hardt also recognized a rising level of business sophistication in contracting today. “In order to survive you need to run your business professionally. The services NECA offers, education, training, safety, marketing etc. would be impossible for a company of our size to have.” He encourages new NECA members to “avail themselves of the fabulous wealth of knowledge available from the Education courses and ELECTRI studies.”

AWAY FROM THE OFFICE
Hardt and his wife Christine have been married for 50 years. They have one son Peter, who has taken over running the business. Hardt was a board member for the Lutheran Child & Family Services for 12 years and is still on the LCFS foundation board. He is on the board of Halter Wildlife, a conservancy and hunting club and enjoys hunting with Sadie; his 13-year-old Weimaraner. Hardt also enjoys golf, fishing, and traveling - he and Peter take an annual father-son trip. He has participated in the over 20 NECA international study missions, taking numerous photos and keeping a travel journal on each. He has met with contractors in over 30 different countries. David and Chris have three grandchildren who they call the “A Team” – Arya, Autumn and Ava Daisy who keep them very busy.