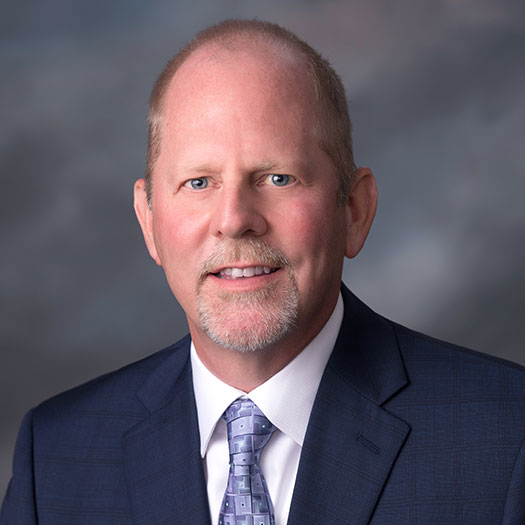 BACKGROUND
Smith graduated from the University of Kansas in 1991, with a degree in Architectural Engineering. He received his Master Electrician certification in 2004, and following the retirement of DL Smith in 2005, Shawn assumed the role of owner and President of DL Smith Electric. In his long career, Smith has been a member of the KU Engineering Advisory Board, and the City of Topeka Electrical Advisory Board.

COMPANY INFORMATION
DL Smith Electric was founded in 1972, serving Eastern Kansas communities. Throughout the ’70s and ’80s, the company experienced steady growth. In the ’90s, DL Smith Electric expanded into healthcare, energy, low-voltage, and institutional markets while adding design-build/assist services. Since Shawn Smith took over as owner and President, the company has maintained its reputation as a valued contractor in the region.

INVOLVEMENT WITH NECA
DL Smith Electric joined NECA in 1972, and Shawn Smith grew up with NECA throughout his life. He started in 1995 as a local participant, and served as a trustee and chairman on local JATC, Health and Welfare for many years. He has also served repeatedly on negotiating committees. Smith has served as Chapter Vice-President and Governor for several terms, and has been a past Chapter member on the ELECTRI Council.

INDUSTRY OBSERVATIONS
Smith has seen firsthand how resistance to change can lead to declining market share. Through education, sharing of knowledge, accepting the risks, and partnering with the right people, NECA contractors and the IBEW have been able to rebound significantly. It takes both sides. Additionally, construction processes have added risk, reduced time, and created complexity. Smith has also seen the benefits of implementing CW/CE programs, prefabrication, technology, and more.

AWAY FROM THE OFFICE
Smith’s wife Olga ran a family restaurant for 27 years and is now a part-time real estate agent. They have two sons, Nick and Nathan. His hobbies and interests include learning about software and hardware automation, science and technology nonfiction, pickleball, hunting, fishing, hiking, traveling, and spending time with his family.