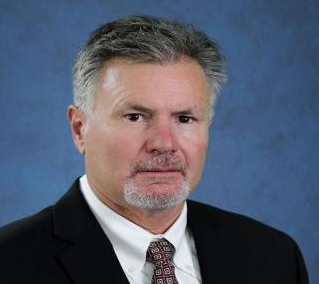 Beltramo, born and raised in San Jose, has spent 47 years in the construction industry with Rosendin Electric, starting as a laborer before completing the electrical apprenticeship in San Mateo, CA. After finishing his apprenticeship, Beltramo worked as a superintendent, project manager and executive VP of operations and was named President/COO in 2005.

Rosendin Electric was founded in 1919 by Moses Rosendin. In 1991, Rosendin transitioned ownership to an employee stock ownership plan (ESOP). The company has grown to become one of the nation’s largest electrical contractors with offices in nine states. It is a commercial/industrial contractor specializing in large, complex projects such as data centers, sports venues, healthcare and renewable energy. Its geographic focus is the west coast, Mid-Atlantic and southwest areas of the country, and its annual volume for 2016 was $2 billion.

Beltramo has served on various IBEW/NECA committees throughout his career, and he quickly realized it was a great way to positively influence the industry. Beginning in 2000, he served on local CBA negotiations and training committees. He has also been a long time participant in the NECA Large Contractor Group and served as NECA’s Vice President at Large since January 2018 before being elected President in April 2019.

Training has gotten so much more refined and offers great value. Contractors also communicate better and learn from each other. NECA offers many training and education tools for contractors that are well developed and user friendly. Most important, NECA provides a platform for communication that can be used to influence the electrical construction industry. Getting involved and sharing your time and experience is invaluable.

Beltramo is married to his wife Julie, who is a teacher. He is the proud father of daughter Jessica, a graduate of Fresno State who works as a Speech Pathologist, and son Alex, who graduated from Azusa Pacific and works as an estimator for Rosendin Electric. Beltramo’s family likes fitness and being outdoors. Beltramo is an avid golfer and enjoys martial arts.