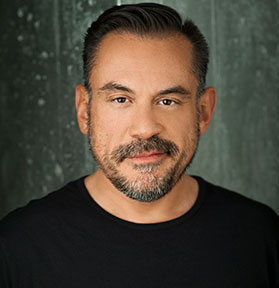 Regarded as one of the "top 30 management thinkers in the world" and "a controversial leader of the new world order,"" Leonard Brody is an award-winning techno-economist, entrepreneur, venture capitalist, and two-time Emmy-nominated media visionary. He has played a key role in raising hundreds of millions of dollars in capital for startup companies, been through one of the largest IPOs in history, and has been involved in the founding and successful exit of numerous companies to date.

Exclusively represented by Leading Authorities speakers bureau, Brody is the person behind the scenes and in front of the trends when it comes to innovation, technology, and the future of things. Drawing from his work as a creator in the future tech space, he leads a gripping discussion on "The Great ReWrite,"" the confluence of events that have ignited the massive cultural and technological shifts driving the current disruption in business and the world. In his talks, Brody provides future-focused insights for organizations to stay relevant, thrive, and rewrite their worlds in the post-innovation era. He possesses expert-level understanding of various industries, including finance, real estate, tech, media, and consumer goods, and has advised clients ranging from tech giants, high-powered entrepreneurs, and the British Royal Family.

Brody is the co-founder and executive chairman of Caravan, a joint venture with the Los Angeles-based Creative Artists Agency (CAA), where he oversees the building of new ventures for some of the most well-known celebrities and political leaders in the world, including Carrie Underwood, Tom Hanks, and Joe Biden. He is also one of the proud owners of the professional soccer team Coventry City in England.

Previously, Brody was the president of the Innovation and Digital Group for Anschutz Corporation, one of the largest live sports and entertainment businesses in the world. The company is one of the premiere concert promotion businesses in the world and owns assets such as the O2 Arena in London and the Crypto.com Arena (formerly the Staples Center), as well as the Los Angeles Lakers, Los Angeles Galaxy, and Los Angeles Kings sports teams. Before that, he was a co-founder and CEO of NowPublic.com, a media company that was later sold to Anschutz.

Brody's insights on macroeconomic tech trends and where the world is headed have been featured in leading publications, including Fortune, The Wall Street Journal, The New York Times, and BBC. He is the co-author of the best-selling books, Innovation Nation: Canadian Leadership from Jurassic Park to Java and Everything I Needed to Know About Business... I Learned from a Canadian, both published by Wiley and Sons. Brody's latest book, in partnership with Forbes, is called The Great Re:Write and is based on the successful documentary he and Forbes co-produced that has garnered more than four million views.

Brody holds an Honours Bachelor of Arts from Queens University, a law degree from Osgoode Hall and is a graduate of the Private Equity Program at the Harvard Business School.